August 26 is National Poetry Day in New Zealand – I’m not attending anything today or tonight so was excited to have a Poems in your Pocket booklet given to me by Linda at Books A Plenty when I popped in at lunchtime. It’s a photocopied page of 4 poems folded into a booklet (instructions in the middle) but I’ve had it in my pocket until a moment ago. This is the second stanza of the first poem I read when I opened it:

Here are some haiku by New Zealanders you may not have met before, some poems for your pocket.

winter morning
the lame goose lagging a little
behind its gaggle

morning chill –
the dog curls
into a perfect circle

magnolia shade
cicadas
in both ears

I was so impressed by one set of haiku bookshelves I saw on my recent US journey that I decided to pull mine apart and start again … unfortunately, the pulling apart has happened and not much else!

So, just to spur me over into the books, I have decided to post some haiku chosen at random from random books in random piles.

my husband gone –
from the bluest of skies
spring snow falls

The poet was born in a rural community in Kyushu and worked as a schoolteacher and, following her husband’s early death, a librarian. Her poetry, the book says, often drew upon images of life in impoverished rural Kyushu.

winter moon the church bell an octave below

Lorin Ford lives in Melbourne, Australia, and was the haiku editor for the recently closed online journal, A Hundred Gourds.

separating itself
from a tangerine
the cabby’s voice

Noa, the book says, was a Buddhist monk, painter, renga master and renga steward at Kitano shrine, curator for the Ashikaga shogunate, and of Sogi’s Seven Sages of Linked Verse.

frost moon
pairing his wool socks
from the dryer

wild boars too
are blown along:
autumn windstorm

It is with great sadness that I report the death of Jane Reichhold – poet, editor, translator and much more besides.

Jane’s body was found on a beach near her home between Gualala and Point Arena on the northern California coast on July 28. Her husband, Werner, says she took her own life as symptoms of her fibromyalgia worsened. He has been quoted as saying  (scroll down to find the entry for Jane) that she wished to depart this life at a time of her choosing and had written her own obituary 2 months ago. 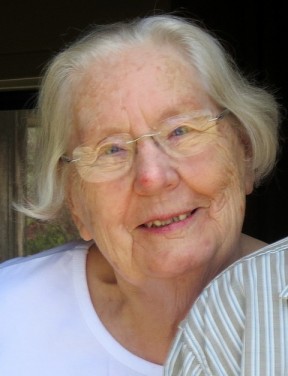 Read about my recent visit to Jane in Postcard from Gualala and read a well-written (apart from the misspelling of Lynx) 2015 profile of her from the Ukiah Daily Journal – she has done so much in her life that it’s difficult to understand just how much she has achieved in, for instance, haiku so needs must this is a personal appreciation.

Jane had worked with the Ukiah Haiku Festival for many years and a couple of years ago the festival renamed its international section the Jane Reichhold Prize. In the 2016 booklet of prizewinners, judges and committee members were each represented by a haiku.

romance
in a humdrum life
the orchid

Jane was also a popular and busy figure around the Gualala Arts Centre where she instigated a short haiku walk (see the Postcard for more) and, since 2006, had operated and moderated the online AHAForum where poets could meet and discuss their work. She and husband Werner established AHA Poetry in 1996 and although the site is still active, it is now an archive, last updated in 2014 when they decided to close their journal Lynx.

Read some of Jane’s haiku that she chose to demonstrate her thoughts on haiku principles. Read a set of Jane’s favourite haiku by other people with her commentary. In 2009 Jane spoke to the Commonwealth Club of California about haiku – watch the video here (1:03) – and she kindly allowed me to transcribe portions of the text and form it into an article for Haiku NewZ, Building an Excellent Birdcage. You can find several other articles by Jane in the Archived Articles section of Haiku NewZ (put ‘jane’ into the page search).

She was a generous poet who deliberately didn’t copyright any of her work so it could be shared freely. It was also her ambition to have haiku and mainstream poetry ’embrace one another’ and she was happy, she told me, to have mainstream poets write haiku ‘their way’. She didn’t want a situation such as in Japan where haiku poets and tanka poets don’t mix and, she said, where tanka poets look down on those who write haiku.

I’ve been trying to write a memorial haiku since I heard the news of Jane’s death yesterday evening but don’t believe I have managed it. However, I did come up with something that is directly based on my meeting with her, so that will have to do for now. The first line is taken from one of Jane’s own poems in her 2013 A Dictionary of Haiku (second edition) which is a large collection of her work presented in sajiki form. I’ll add her poem to this when I find it again!

Jane always signed her emails ‘blessings’, so that’s what I’ll leave you with too.

The biennial Katikati Haiku Contest is open for entries!

Thanks to the good people at Kings Seeds, there are cash prizes on offer – $NZ100 for first, $NZ50 for second and $NZ25 for third. Plus, the contest offers a book prize for the Best Local Haiku. The junior section (17 & under) is offering $50 for first, $25 for second and $10 for third. All proceeds go to the Katikati Haiku Pathway project.

I’m judging the senior contest – in case you’re wondering, the entries go elsewhere to be sorted and judging is done ‘blind’ – and Catherine Mair the junior section.

Here are the rules:

If you’re new to haiku or are a teacher wanting to learn more for the classroom there is the excellent Learning to Write Haiku booklet prepared by Katherine Raine for the NZ Poetry Society.

If you’d like to read more deeply and/or brush up your skills, I recommend Haiku Techniques by Jane Reichhold, Guidelines for Editing Haiku by Lee Gurga and the practical advice of How to Write Haiku by Jim Kacian. There are many more useful essays in  Archived Articles at Haiku NewZ.

No excuses, get out there and write!