using the headlines
to practise origami –
swans in Fukushima

Haiku Husband noticed the “goodie box” headline in The Japan News delivered to our hotel room in Hiroshima on November 20, 2015. Swans herald winter, it said. “Swans have been spotted in Lake Inawashiro in Fukushima Prefecture, marking the arrival of winter. A conservation group representative says they arrived a week earlier than usual.” Read the full story here. It ends by saying there would be about 3000 swans at the lake by the end of February. 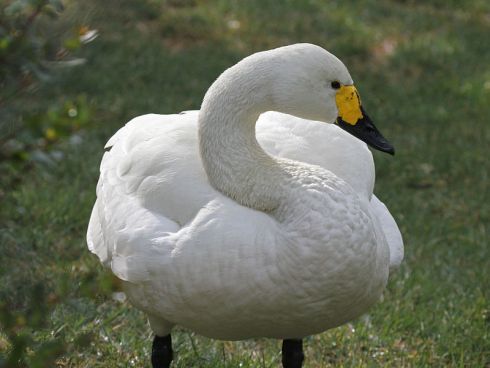 On October 12, 2015 the Gloucester Citizen newspaper in the UK reckoned the early arrival of swans from Siberia foretold a bitter winter, saying the Bewick’s swan (Cygnus bewickii) sets off with the raw Arctic cold hot on its tail – the first swan arrived 25 days earlier than in 2014. Read that story here.

a moment before sunrise –
ice singing
beneath the swans’ feet

I’m slowly reading Basho: The Complete Haiku translated and edited by Jane Reichhold but the index of haiku content shows nothing for swans! Read more about the book here.

mute swan
at the base of its neck
a tracking device 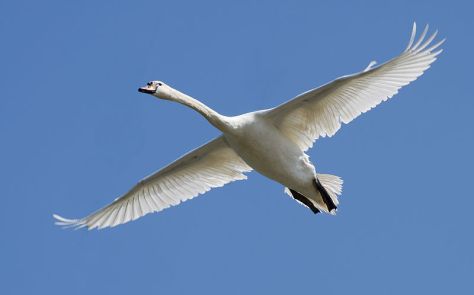 This is the other excellent swan haiku in the book, which I couldn’t resist, despite being in the ‘wrong’ season. Both haiku are about mute swans (Cygnus olor).