When Sophia and I went at Haiku North America in California, she was interviewed by someone from LA Weekly, an arts and entertainment paper, and had a special photo session. Well, the piece finally appeared – just 2 months after the event! Read it here. 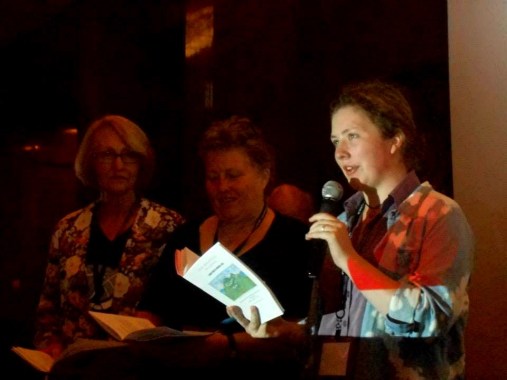 Sophia Frentz at the regional reading at Haiku North America. Pictured beside her are Margaret Beverland (left) and Sandra Simpson.

Apologies to Margaret Beverland, who is quoted in the piece as Margaret McGee! Not quite sure how that happened except that the reporter had a brain fade.